A Rossmoor veteran who founded a military think tank in Huntington Beach has been summoned to Washington to educate lawmakers on what he calls a destructive legal doctrine doing “irreparable harm to active-duty service members.”

While serving in the guard, Stirling was a military prosecutor and he is now also an adjunct Professor at the University of Southern California.

As the Chief Executive Officer of Center for Law and Military Policy, Stirling will testify before a subcommittee of the U.S. House of Representatives Armed Services Committee on April 30. He plans to urge lawmakers to end the Feres Doctrine, a judicial policy that he claims immunizes the military chain of command from civil justice.

Speier has long been an opponent of the Feres Doctrine and has introduced bipartisan legislation to prevent Feres from protecting military doctors accused of medical malpractice.

“I am deeply honored,” said Stirling. “I look forward to telling Congress that it is urgent that take action to end the Feres Doctrine,” he added.

Like Stirling, Speier has long been a foe of a longstanding Pentagon policy called the Feres Doctrine. It is an outdated policy that, in effect, “immunizes” the military chain of command from prosecution, even in matters like rape, not related to their overall military mission, he added.

For years, said Stirling, the Pentagon has been shielded from prosecution from active duty service members because of a 1950’s era ruling.

Following a vote by the U.S. Supreme Court in a case entitled Feres v. the United States, the military has held that the chain of command should be protected from civil lawsuits, even in matters that have nothing to do with the battlefield.

The Feres Doctrine, he said, is “unfair and unjust.” As a result, said Stirling, many in the ranks are “suffering in silence,” trapped in a world where “even after being raped, the doors of the courthouse are locked.”

Estimates say that as many as fifty (50) percent of the women and ten (10) percent of men have been assaulted while serving active-duty in the military, said Stirling.

In May, he will become the nation’s first and only Feres scholar after defending a dissertation entitled “the Feres Doctrine: A Comprehensive Legal Analysis.”

The Center has grown rapidly since announcing its formation in December at the Joint Forces Training Base in Los Alamitos. 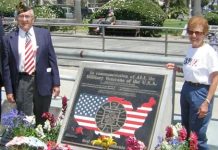 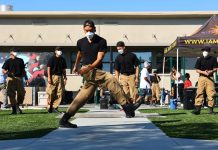 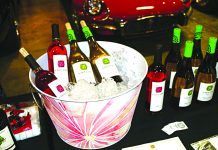