One of the biggest characters in Sunset Beach history is retiring & select items in his legendary nautical antique store are going on sale, starting Friday, July 1.
Certain ship lights, compasses, ship’s wheels, bells & lots more will be discounted 25% & active duty US military, as well as veterans, can get an additional 5% off (with proof of service), according to Eric Bakker.

Bakker, 86½, has been a purveyor of nautical wonders from around the world for more than 50 years, including 45 years at Antiques of the Sea, 16811 Pacific Coast Highway, across from Captain Jack’s Restaurant in Sunset Beach.
His incredible marine equipment has been seen in such well-known movies as “The Perfect Storm” (with George Clooney), “Greyhound” (starring Tom Hanks), “Waterworld” (featuring Kevin Costner), “Midway” (with Dennis Quaid & Woody Harrelson) as well as at Tokyo Disney Resort.

This love of the sea began when he grew up with his Dutch parents on the Indonesian Island of Celebes, before moving to a seaside town in Holland. He later came to the United States’ West Coast and became successful in sales, merchandising & owning restaurants, including the popular Sandcastle in Sunset Beach.

He has a new website, AntiquesoftheSea.com, that shows the variety of nautical antiques & collectibles found in his unique business. “Due to limited space & occupancy, we suggest making an appointment,” Bakker said. “We’re open from Noon to 4:30 pm, Fridays, Saturdays & Sundays and by appointment on weekdays (call 562-592-1752).”

“Eric is indeed a real unique character, who, along with his wife, Elaine, have helped make our coastal town thrive for over half a century,” said former Community Association President & current Huntington Harbour Commission Chairman Mike Van Voorhis. “Not only has their nautical antiques store helped bring Sunset Beach international fame but their Sandcastle business was one of the most popular restaurants around. I wish Eric, and his wife, Elaine, the best in retirement.” 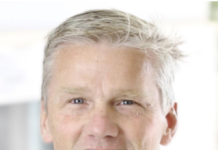 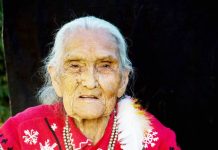