Owen Ryan watches a laser spit sparks as it slices through aluminum to create a precision part for his new robot. Tony Balestracci competes against the clock as he dons the gear that would keep him alive in a burning building. Stephanie Nam’s fingers fly over her keyboard as she creates code to run a computerized garden-planting program.

These are just three of nearly a thousand Los Alamitos High School students availing themselves of classes in the school’s Career and Technical Education (CTE) program. Designed as an added dimension to the traditional slate of college preparatory courses, CTE classes specialize in skilled trades, applied sciences, evolving technologies and career preparation.

“Career Technical Education Classes give students the opportunity to learn skills that will open doors for them both in higher educational institutions as well as in their chosen career,” says Los Alamitos Principal Dr. Gregg Stone. “CTE courses, in conjunction with the core academic program, launch students for success in whatever path they choose.”

Los Alamitos High students can take 25 CTE classes organized in “pathways” or sequences ranging from introductory to advanced. About a third of the 3162 Los Alamitos students are currently enrolled in the 19 classes offered on campus in these career areas:

The California Department of Education uses enrollment in high school CTE classes as part of its annual Dashboard, an online tool that enables the public to evaluate how well schools are meeting the needs of a diverse population of students.

During the 2016–17 school year, according to the non-partisan Public Policy Institute of California, nearly 800,000 state high school students (45%) enrolled in a CTE course. At community colleges, nearly 420,000 students (35%) participated in CTE. Those numbers are projected to continue rising because the state estimates that more than a third of new jobs will require some kind of technical training beyond high school, the institute found.

Alan Grant, who teaches the computer science CTE pathway at Los Alamitos High, says it “gives Los Al students a chance to get hands-on experience in a relevant skill that they choose to pursue. By working in collaborative, real world environments, they emerge from CTE classes ready to utilize their skills in college or in the workplace.”

Balestracci, a senior at Los Alamitos High in his second year of fire technology classes, says he has wanted to be a firefighter since he was very young. “I actually wanted to be a firetruck,” he says, “but a fireman is the next best thing.”

Balestracci says the work in fire technology class can be harder than some of his traditional classes, “but even though there is so much to learn, the class is so interactive, I can focus even more on the learning. You come here every day and there is always something new. It’s just like in the fire service, you don’t know what to expect.”

Nam, a Los Alamitos senior, is taking her second class in computer science and wants to pursue a career as a software engineer or data analyst.

“It teaches me to learn and think in a different way from my other classes. When you are coding, it’s like trying to solve a puzzle,” Nam says. “You are trying to make the code as efficient as possible even though there are so many ways to write it. It’s a different kind of mental challenge.”

Eva browning, a senior in her third engineering class at Los Alamitos High, says the pathway challenges her “with a lot of problem solving. It’s not like writing a paper where you turn it in and just get a grade. With this, it’s physical, moving, hands on.”

Preparing to put a programmed dragster through its paces on a recent day, she says “when you’re done, it’s really rewarding. You have to watch it, run it, recode it and make it better.” Browning wants to study mechanical engineering in college.

Her dragster design partner, Max Fudal, points out another difference between CTE engineering and traditional academic classes. “You have instructions but in engineering you can go outside the mold and have the freedom to create your own thing.”

Fudal, a senior interested in studying architecture, says his three CTE engineering classes also have helped him develop a valuable skill. “We work in groups to cooperate and solve problems. Academic classes don’t have that so much,” Fudal says.

“We have discussions but here I get more of a sense of teamwork by building something with other people, not just talking about it.” 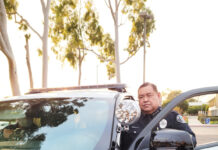 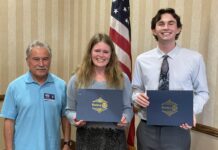