The members of Da’ Hawaii Seniors Club of Cerritos are known for their hospitality and interesting food that they share at their meetings.  The club’s meeting on Tuesday, July 30, 2019, showcased the wide variety of international food that members prepared or purchased to share at their International Food Potluck Dinner. Prior to the start of the dinner, club members were first treated to seeing the video that Howard Koga had been working on for months with the assistance of many club members. Howard photographed himself and members singing the song, “White Sandy Beach” which he plans to put on You Tube.  Members enjoyed the video and thanked Howard for all his hard work.

Approximately 70 members came to enjoy all the delicious food that included appetizers, salads, main dishes, side dishes and desserts with ethnic flavoring. There were so many items to try that a person could not try everything.  Some of the food at the potluck  included  caviar from Sweden decorated with German style pickles, Japanese cucumber namasu, steamed Chinese pork bau buns, fried chicken from Chick-fil-A, Japanese makizushi wrapped in nori, tofu pouches with noodles, baked Italian Zita, Hawaiian style spam musubi, Chinese fried rice and noodles,  Portuguese sausage stew, delicious Filipino desserts of fried banana lumpia and coconut balls, Japanese sweet  mochi, decorated cookies, and a Hawaiian guava cake.  There were also Ethel and Dennis Okada’s home-grown Hawaiian lilikoi (passion fruit) and rosy apples for people to taste, some for the first time.  A special treat, to take home and cook with pork adobo, were bulbs of freshly picked bulbs of garlic from Gilroy, the garlic capital of California.

After everyone had eaten the items they selected for their dinner, everyone was en

tertained by the music and singing of Howard Koga, Roque Asistin, and Carrie Kumabe.  Howard and Roque played their ukuleles, and Carrie played her guitar while they sang many mellow songs in Hawaiian and English.  The music was so inviting that a few couples got up and danced while the trio sang and played one song after another for 30 minutes.

At the end of the evening, everyone gathered in a circle holding hands and sang their traditional closing songs of “Hawai’i Aloha” and “Aloha O’e,” and said their farewells until they met again.  The next meeting of the Da’ Hawaii Seniors Club will be Thursday, August 8, 2019, at the Cerritos Senior Center, from 1:30 to 4:30 p.m.  A guest speakers from Keiro, Healthy Living Programs will be discussing “Senior Scams” so that seniors will learn how to protect themselves against scams for a safer life.    For more information about Da’ Hawaii Seniors Club, contact Membership Co-VP Myrna Matsuno at 310-538-2148.

Photos and I.D. by Edna Ethington 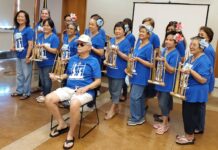 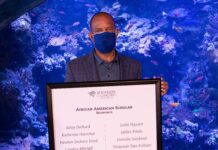 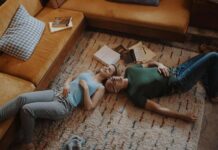