The mother of Megan Meier, a Missouri teenager whose suicide 15 years ago shocked the nation and opened the world’s eyes to the lurking danger of cyberbullying, visited Seal Beach this past week.

In an interview, Tina Meier, of St. Charles, Missouri, recounted her daughter’s tragic story and why she ultimately allowed Seal Beach filmmaker Paul James to make the film, “From Under the Bridge.”

Moreover, she discussed how the potential perception of “it must be a bad parent” syndrome keeps many families from fully embracing and confronting real mental health issues affecting children as they age.

Meier said her family then lived in a comfortable suburb of St. Louis. On the evening of Oct. 16, 2006, Megan, 13, believing her new boyfriend Josh hated her, sobbed up the stairs and took her own life.

Four weeks later, Tina learned that in fact, Megan’s boyfriend “Josh” was not a human at all. Josh Evans was merely a virtual identity created by a 47-year-old woman who lived four houses away wanting to “prey on Megan’s psyche.” The gut punch revelations rocked her family and the nation.

Their neighbor had created an online identity on MySpace.com so complete that Megan believed her boyfriend’s name was Josh Evans, that he was 16 and owned a pet snake. Megan had flirted with him online for weeks before that fateful night.
Megan’s story drew national, and even global headlines, as people from around the world expressed further outrage when the woman behind the online character was not charged with a crime.

Local authorities claimed the neighbor’s action might have been “immature and rude,” but “not illegal.”

Tina Meier said the death of her daughter in 2006 opened the eyes of the nation to the cruel underbelly of cyberbullying and left her with a profound sense of grief that she grapples with to this day.

“I have this awful, horrible guilt and this I can never change,” said Meier. Though Meier said she did everything humanly possible to deal with her daughter’s struggles, a cyber bully ultimately proved to have more control.

A year after her daughter’s death, Meier said she poured her grief into her own resolve to make a difference in the lives of other teens suffering with mental health issues and to counter the threat of cyberbullying.

She created a nonprofit foundation, the Megan Meier Foundation, to support mental health and crusade against cyberbullying. She has since become a nationally renowned speaker and has since reached hundreds of thousands of students.

Making of the film

Meier also explained why, after all these years, she granted James the right to make the film. His film, “From Under the Bridge: When Bullies Become Trolls,” dissects the dangers of cyber bulling while telling Megan’s tragic story with an A-list cast and modern story telling techniques.

James, who has earned a growing reputation as a scriptwriter, also directed the film. James said he had saved the newspaper clippings from all the publicity following Megan’s suicide in 2006. During the pandemic, with other projects on hold, James said he remembered Megan’s story, so he dusted off a script he had written after the incident.

As soon as he could, James said he flew to St. Louis to meet Tina and ask her permission to make a film depicting Megan’s story. Tina said until then, she had never allowed anyone to tell Megan’s story.

“Through the years,” said Meier, “because Megan’s story got so much publicity, we have been contacted by people from all over the world. And so, I’m very protective of Megan’s story,” she said.

After being contacted by James, Meier said “I told Paul, I can’t give you support until I know more about what you’re doing, what’s the purpose.”

Soon as it was allowed by the pandemic, James said he hopped on a plane to St. Louis to visit Tina at her foundation.

“He was there for several days at the office,” she said, “and we had a lot of time to talk.” At the end of the week, “I had trust and faith in him that, you know, where he was coming from was truly from the heart and that he really wanted to make a difference,” said Meier.

Therefore, James proceeded to cast, then shoot his short film, “From Under the Bridge.” The film was mostly shot on locations in and around Seal Beach, in addition to shots inside James’ Dreamotion Studios on Electric Ave.

Since the film premiered a few weeks ago, it has already won awards at a host of major film festivals and this week, James said he learned the film’s songs (Born to Fly and I Can’t Hold On) are in contention for Grammy Awards.

“Fifteen years on,” said James, “Megan’s story is even more relevant today.”
James said he invited Meier to attend the film’s screening at the Awareness Film Festival near L.A. Live this past weekend, and as well, invited her to Seal Beach to see where the scenes were filmed.

“I am so honored to be able to make this film,” said James.

In the film, James directs a talented cast led by Piper Reese (Modern Family), who stars as Megan, as they bring to life a modern version of the sordid tale of cyberbullying that took Megan’s life.

James said he and the entire cast were in suspense as Meier watched the complete film for the very first time. They did not have to wait long for her reaction.

“I think he [James] did it beautifully. The actors and actresses were wonderful. The music was wonderful; everything came together,” she said.

“I mean, I’m sure I’m biased, but by far, it blew all the other short films out of the water,” said Meier.

Festival goers agreed. The local director and cast were ecstatic when their film about Megan’s story took home the festival’s Grand Jury Award (best overall film) with Meier in attendance.

“It made me start thinking about Megan,” she said. Reese’s performance as Megan made her view what happened almost as a third party, said Meier.

Megan Meier, at 13, took her own life believing her boyfriend hated her. As it turned out, the boyfriend was merely a virtual identity created by a neighbor to “prey on her psyche.”
Courtesy of the Megan Meier Foundation

“You know, I didn’t think I would get emotional. I thought I could detach myself from it,” she said. “But watching it and the way that it was made, brought so many different elements and different characters to mind,” said Meier.

“There are all these dynamics that were happening, and then watching what she was going through and seeing that struggle. And then it made me start thinking about Megan, so it was sad. Yes, I cried. Tears were rolling down my face,” she said.

Reese, now 21, said having Megan’s mom there in person at the screening made Megan’s story “come to life” for her. “I was anxious,” admitted Reese, “to have the mother of the girl I portrayed in the room, yet I was incredibly honored that she would come.”

Although the two had met over Zoom during the pandemic, Reese said the emotion expressed in meeting Tina in person “is hard to express in words,” yet Reese too, said the experience brought her to tears.

“I cried with her [Tina] during the screening,” said Reese.
Reese said she has been touched by Megan’s story and that she “feels connected” to Tina.

“It was really special having Megan’s mom attend,” said Reese. “I felt naturally comfortable with her,” she said.

“From Under the Bridge” in London and visit James’ own high school in a suburb of the city to screen the film for students there.

For Meier, it has been a long, painful journey since Megan’s death fifteen years ago.
Not only because she lost her daughter, said Meier, but now she says because of the mental health challenges facing both adults and young men and women in similar situations.

“It is unfair,” she said. “Absolutely, I feared the word ‘suicide’. You know when I was a young parent, I did not want to talk about it because, if you talk about your child having depression or struggling with any of these issues, it’s kind of like we must be the bad parent,” said Meier.

In 3rd grade, Meier said her daughter first began crying at night, “and I couldn’t get her to go to sleep.” “Megan told me she wanted to kill herself. I asked why. ‘Because people hate me’,” Meier said Megan told her.

“I didn’t know who to call, so I went back upstairs and questioned her and I slept with her that night because I was so scared,” said Meier. Soon thereafter, Meier took Megan to the doctor. “I waited in the parking lot, that’s how scary it was.”

Megan was diagnosed with depression and ADHD and began taking medication.
But for Tina, however, she says it began a period of mental isolation.

“When you look at everybody else’s family, and they’re going to the PTA meetings and they’re going to sporting events and it looks like their lives are so perfect. And then you look around and you think, ‘I have a kid who has talked about suicide,’ or, ‘I have a kid that’s going through this’ and so you try to like kind of hide it and act like that does not exist,” said Meier.

“I felt like the worst parent in the world because I thought my kid talked about this…my kids on medication and going to therapy so I must be doing something wrong,” she said.

“We tried counselors, we tried different psychiatrists, we tried. I mean, you name it, I tried anything I could think of, I think, for me, what I would have known differently was sometimes it’s okay for your kids not to be okay. It’s okay to be able to sit down and let them know you don’t have all the answers and that I see that you’re really struggling,” said Meier.

She now believes the film can play a role in that mission.

“We want to live in a world where cyberbullying no longer exists. We believe that by empowering society to celebrate individuality and the acceptance of others, we can work together to create a safer and kinder world,” claims Meier on her foundation’s website. 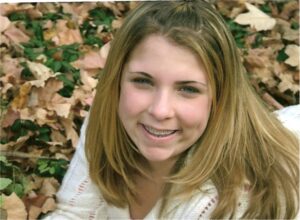 “I just wanted Megan to be happy and be okay, that was all I wanted,” said Meier. “Unfortunately, it didn’t work out that way.”