Veterans, residents and businesspeople filled the American Legion Post 716 Friday evening as the Event News Enterprise held a star-spangled event to honor veterans and to all who serve the community.

Umberg spoke about the dedication of those who served and the thanks to veterans for having served in service to the United States of America.

Nevertheless, he paid tribute also to his wife, Robin, “who outranks me.” His wife is a Brigadier General in the U.S. Army Reserve.

Following his tribute to service, all the veterans in attendance came up to the stage for a special performance by Sean and Chad Bierman of the “Veterans Song,” a touching tribute to all soldiers who have, at some point, found themselves in harm’s way and asking God to “please take me home.”

During the veteran’s tribute, American Legion Commander Woody Collins welcomed everyone and led the Pledge of Allegiance, while Vice Commander Ernie Rodriquez said commended the veterans saying, “all of us gave something,” asking then for a moment of silence for “those who gave all.”

Throughout the evening, representatives of more than 100 local businesses came back to pick up their awards, presented by the Event News Enterprise, but were voted on by the publication’s readers.

“This is a significant way we can thank our readers and advertisers,” said Group Publisher Steven Remery. “By far, this was the best event like this that we’ve ever held,” he said, thanking the many people who worked behind the scenes to make it happen.

Los Alamitos television filmed the entire event and a special presentation is currently available for viewing at ourlossltv.com

Wahoo’s Fish Taco catered the evening and served a number of their famous dishes throughout the evening. 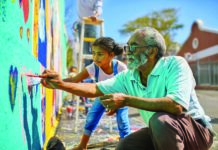 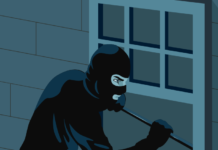