Jacqueline Ng is the founder and president of Fold School Philanthropy Club, a club that folds and strings origami paper cranes into strands, which are then sold to raise donations for CHOC Children’s Hospital. For the past four years, she has been the lead student volunteer at the Orange County Food Bank.

There, she helps train, organize and supervise teams of 200 corporate, adult, and student volunteers to pack food boxes for low income senior citizens every weekend. In addition, she enjoys exploring the arts. She has received 1st place at the Los Alamitos “Weekend of Art” Contest and Exhibition in the High School 2D Division, 2nd place in the 46th Congressional District Art Contest 2021 and has published two artworks in the national Celebrating Art Contest.

Logan Rofe currently maintains a 4.53 cumulative GPA and is a member of the California Scholarship Federation. He’s been very active with baseball in the 4 years at Los Al and participates in a travel club as well. In his spare time, he’s also written and published a book to help inspire young athletes in sports.

Besides school and baseball, he assists the Orange County Song & Dance Company with staging during their touring performances. He enjoys fishing, writing, and spending time with friends and family. He looks forward to the academic challenges of college and playing baseball there as well. And after college, he hopes to attend law or business school, and eventually pursue a career in those fields.

Sofia Ferguson is a member of Los Alamitos high school’s ASB, where she enjoys organizing fun activities and events that help create a more inclusive environment. She is also a life-long soccer player, having joined AYSO at the age of 4 and continuing through the years with club and high school soccer.

She has been sharing her knowledge and love for the sport by training kids for the past two years. As a straight A student, Sofia has made the Principal’s Honor Roll since freshman year and her dedication to academics has been recognized with the Scholar Athlete award, LosAl4Life award, and with a nomination for Girl’s State.

She has been a Girl Scout for 12 years which helped her identify volunteer work that she enjoys, including being a teacher’s aide over the summer, a small group leader at summer camps, and volunteering at retirement homes for seniors with Alzheimer’s. In her free time, Sofia loves crafting, including sewing, crocheting, embroidery, making jewelry, and painting. She hopes to attend college somewhere in California and is interested in environmental studies as well as social sciences.

Ryan Otsuka is a dedicated 4-year member of the Los Alamitos Jazz Band, maintaining a top position as the top band, Jazz 1’s bassist. He maintains a love for music and a dedication to share it to the world through performances and teaching others. Besides music, Ryan is also active in Model United Nations, winning numerous speaking awards at local high schools as well as UC Berkeley.

Intrigued by computer science, Ryan actively teaches and supports others in the computer science field through his club, the Babbage Society. As a part of this community in numerous activities, a constant message of supporting others and their well-being guides Ryan to where he is today. In the future, Ryan hopes to pursue computer science and spend more time with family and friends. 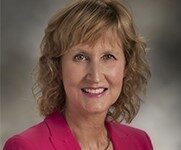 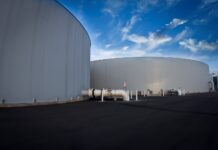 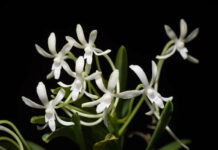