After four months and an eight-hour meeting, the San Diego Board of Supervisors abandoned a plan to demolish or limit the planning and sponsor groups after nearly forty people spoke in favor of the groups. However, the supervisors did vote in favor of mandatory training and possibly a two year term limit for the chairperson of each group, though that latter element was left unclear. The decision was made at their Mar. 28 regular meeting as part of their decision on the 17 recommendations of the “Red Rape Reduction Task Force.”

The Board of Supervisors held the “red tape” hearing at 2pm instead of moving it forward even though there was a packed house on the planning group/”red tape” issue, so people were left waiting 4 hours plus a 45 minute lunch. Before public comment, the Board ran through the recommendations. On planning and sponsor groups there would be two possibilities: rescind board policies I-1 and I-1a and thus remove the groups from the county umbrella, or keep them under the county umbrella within a limited scope. Solution one would have saved $350,000 a year for 26 planning and sponsor groups, but it would have split the planning and sponsor groups into small fragments with the power of citizen’s groups. The other option would have reduced the scope of the groups to general plans, forced them to take two year term limits, reducing them to seven members, and making them only meet four times a year.

Free appeals for planning groups would have been removed; it would cost $500 each time a planning group appealed a county decision.

The other recommendations of the task force were to get rid of the Resource Protection Ordinance, a 1989 rule which covers elements of resource protection not covered in state or federal law, allowing for development on RPO land; reorganize the county government so the Department of Planning and Land Use would vanish; create a troubleshooter position or make all county managers into troubleshooters, create a corporate-style continuous improvement plan to “create the right culture”, getting rid of cross jurisdictional approval, outsourcing whenever possible, getting rid of residential guidelines, and self-certification of professionals, among other ideas.

First to speak in opposition was Oliver Smith, chair of the Valley Center Community Planning Group.

“No investigation or analysis of actual problems in the forty year old process has been performed. Such an investigation need to have the board of supervisors start with an objective, based on an all-stakeholder determination of what, if anything is wrong with the current planning and sponsor group process,” said Smith.

”Are there any documented instances where sponsor or planning group action created any “red tape” problems for developers?

There is no known basis for the elimination or evisceration of the public input.”

Smith then went on to say that the red tape report was off by $62,000 concerning liability costs for the groups and that “six major project developers” had sent in letters supporting the Valley Center Planning Group.

He finished by telling the board that the chairs of the planning groups had met and approved the following points: eliminating planning and sponsor groups does nothing to get rid of red tape.

He also added that the groups do nothing but give recommendations only, and the county process is not dependent on them; eliminating planning and sponsor groups gets rid of organized public information dissemination and much of any organized community input; each planning group can determine the number of members it needs. He also added that self-certification of documents was “not acceptable”; demolishing the resource protection ordinance would be a severe cut-back on the ability of the county to protect and manage wild spaces, and the related California Environmental Quality Act could not be stretched to do the RPO’s job.

He then added that term limits are not acceptable because planning and sponsor group members are unpaid and some long term members are the institutional memory for the group; cost incurred by the groups are not “red tape” issues; reducing the Environmental Impact Report system may not be possible legally; and finally that the loss of free appeal rights cuts into the groups’ ability to represent their communities. Part two upcoming
minute speaking time. 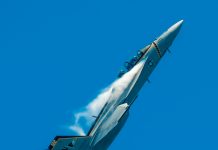 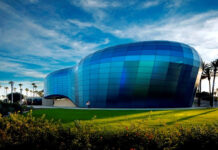