If nothing else, if voters reject Measure P, it could send a message to city hall in Cypress that citizens want more inclusion, not exclusion, in any form.

Following the publication last week of our editorial asking citizens to seriously consider opposing Measure P, I had a voicemail waiting from a longtime Cypress resident.

Our role, as a representative of the free press, is to give voice to citizens like Wendel Zeller. Once I listened to his story, I could understand why he would react so quickly to Measure P.

Zeller was born in socialist Hungary. Because of governmental politics, his family was deported to East Germany. His family eventually emigrated from Germany to settle in Los Angeles when Wendel was a boy.

Long before Zeller moved to Cypress, he worked as a welder with the company that built the grandstands and all other metalwork at the Los Alamitos Race Track. That’s when he discovered Cypress.

He moved with his wife, Kathi to Cypress in 1972, raised a family, built a metal fabrication business, and was interested in politics. “When I was young, I was either going to work with metal or become a politician.” Clearly, Zeller was ready to create his own American dream, which indeed he has.

Zeller chose business. Now retired, he worked with several mega companies and on many jobs in the region.

Zeller, now a naturalized citizen, a military (U.S. Army veteran) even purchased a 30-foot Statue of Liberty from the Tournament of Roses parade after it was used on a float. Zeller displayed the statue at the 2015 Cypress Festival. He loves America as well as Cypress.

“First thing I want you to do,” he asked, was to “publish the organizational chart of the city” for the citizens to see.

“I don’t think they (city council) have bad intentions,” he emphasizes, its more that “they are forgetting what’s on the organizational chart. The people are on top. The council gets all their power from the people, not the other way around.”

After reading the editorial, Zeller said he went to city hall and asked them to print a copy of Measure P ballot measure. “I don’t have an iPAD,” he said, so I wanted to read it on paper.

For Zeller, the Measure P proposal defies common sense. “If the charter not been updated in 64 years,” said Zeller, “why do this in one month?”

Zeller does not think the mad rush to pass the measure is being transparent, though now, he said, and heard they sent a printed promotional package to everyone in the city soon regarding Measure P.

Measure P attempts to allow the city to retain custody of vital information before making changes on most aspects of public and financial policy. Also, part of Measure P is a provision to give the council more time to appoint an interim member should a council member resign to follow state guidelines.

For sure, Zeller knows the city of Cypress is in no way comparable to early century eastern Europe, but he said local government should publish more, not less, about Cypress activites.

And to do so in a newspaper, not just in “postings” and “online”. “If newspapers were ineffective,” (as the city claims in its analysis) he said, “you and I wouldn’t be talking to one another.” Oh, by the way, supermarkets publish their wares weekly in a newspaper, so it must be effective.

Yet, although he does not support Measure P, he thinks the current members of the Council are well intentioned. He thinks they serve the city but simply may have not been fully counseled. (reference the organizational chart).

Zeller wondered why citizens in Cypress were only learning about Measure P now. The proposal was unanimously passed by the council in June of 2020. Given the current pandemic environment, said Zeller, “why do anything that would make the city less transparent?”

Zeller said he fears any changes in the city charter that put more power solely in the hands of the city council. It may seem like a small change in the charter but consider the situation in America itself over the past four or five decades. There are more homeless than ever before.

Taken together, a mountain of small changes, bit by bit, over many years, have markedly changed the America Zeller arrived in 68 years ago, 48 of those in Cypress. 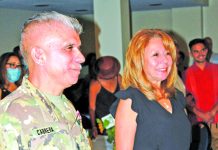 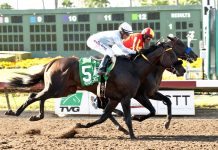