With this appointment, Foster hopes to continue his advocacy for workers rights and to promote local film production. “I look forward to being a part of the committee to not only support safe working conditions on film sets, but to also promote more union film jobs in California and bring more to productions to Orange County,” said Foster.

SAG-AFTRA’s Government Affairs & Public Policy Department develops and manages strategies to inform and influence public policy at city, state, federal and international levels. SAG-AFTRA also works with the AFL-CIO, sister unions, and other organizations to protect and expand the rights of members under local, state, and federal laws and regulations.

“I couldn’t be prouder to be appointed to this position and I pledge to focus on keeping performers safe while at work and strengthening on-set workplace protections,” added Foster.

Foster supports fair contracts for performers and has been a member of SAG-AFTRA for the past 40 years. 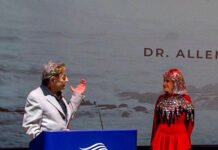 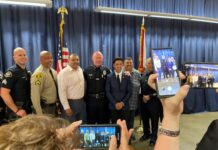