Growing up, I didn’t think much about why we didn’t have separate green and blue waste bins in the yard because when I first raised questions about recyclables, Mom assured me someone sorted our trash somewhere far down the line. The first time I learned about what was classified as recyclable and how disruptive human error, I was to the system was at university in Boston.

Then when I moved to Santa Barbara last year, I learned how each municipality categorizes recyclables differently and how the plastic number on the bottom of products means something that still escapes me, honestly. Learning about the harrowing realities of recycling made wildly clear that there was no way the recyclables tossed to the curb of my Rossmoor home were ending up anywhere but the landfill.

Even if waste management does sort our trash, the majority of recyclables are contaminated by the rest of the waste products thrown on top of them or broken into shards too small to sort at the dump, rendering this single-stream system entirely ineffective. Especially with the climate crisis worsening dramatically, we need to act today with better government regulations. One such important measure our neighborhood can take is to provide recycling bins to each residence.

The New York Times reports action steps to curbing global warming most importantly involve zeroing out greenhouse gas emissions. In research studies conducted by Stanford, findings show the greatest benefit of recycling is the conservation of energy and natural resources because manufacturing products from recovered material requires significantly less energy than refining raw materials. As a result, less pollutants are dispersed through the air and water from the burning of fossil fuels that produce greenhouse gases. Additionally, recycling practices lessen the deforestation efforts and the expansion of mining operations because trees, metal ores, and minerals are in lesser demand.

Stanford’s research reveals the dramatic impact recycling has on energy preservation with some startling statistics. It concludes a ton of soda cans made with recycled aluminum saves 95% of the energy that manufacturing from raw materials would cost (because the recycling practice cuts out the mining, shipping and refining). The San Diego Office of Education finds recycling one glass bottle saves the energy equivalent to that spent on powering a 100 watt light bulb for four hours. The Steel Recycling Institute finds steel recycling saves the energy equivalent to that required to electrically power 18 million homes for a year. The amount of lost energy from throwing away recyclable commodities like aluminum cans and newspapers equates the annual output of 15 power plants.

A 2018 article published in The Guardian extends the call for better environmental policy to plastic’s relationship with human health. “In one study,” it reports, “95% of all adults tested in the US had known carcinogenic chemical bisphenol A in their urine. In another, 83% of samples of tap water tested in seven countries were found to contain plastic microfibers. A study published [in March of 2018] revealed plastics contamination in more than 90% of bottled-water samples, which were from 11 different brands.”

It goes on to say researchers are finding microplastics blown into the air from cars, construction sites, washing lines, food packaging, and textile manufacturing. Scientists, doctors and other professionals at the Common Seas agreed on the urgent health threat that plastics pose, speculating that if we eat, drink, and breathe these particles, they are likely to make their way into the bloodstream, lung tissue, and breast milk, and to lodge into the gut and respiratory systems. The flippant and irresponsible disposal of plastics into our waste bins and then landfill only worsens these severe health threats that already have much momentum because if not reused, more and more plastic particles will be churned into the environment to meet escalating demands.

The Guardian writes, “it is not enough to single out plastic bottles, coffee cups, or the microbeads found in cosmetics. We urgently need the government to form a comprehensive plastic action plan. Banning all plastic bags and single-use packaging would be a good start, but we need to go way beyond that. Plastic production has to be reduced, just as alternatives should be encouraged.” At present, there are recycling centers disbursed throughout our blocks, but the handful of people who know about them and actually make the trip is not enough to inch us toward healing our planet. Implementing recycling bins in the neighborhood would not mitigate the problem on its own either; but it would make a ripple in the massive effort toward combatting the worsening plastic and climate crisis. To continue dumping our recyclables in the garbage while shrugging and blithely lying to our kids about their being sorted by waste management is the willful ignorance that will only continue contaminating the air, water and our bodies; exacerbating the strain on our natural resources; and widening the gap between the wealthy and poor at an increasingly rapid pace.
I propose firstly offering our residents the opportunity to recycle conveniently with a separate bin designated to recyclable items. Also, I suggest providing a guide to each residence outlining everything classified as “recyclable” because few know it varies between municipalities and fewer know what is considered acceptable in their own. If it wasn’t enough to witness the harm our pollutants cause marine life, we now are too intimately aware of the threat it poses to our own health to continue our complacency. We have proved once these products are out of sight, they could very well end up coursing through our minds. 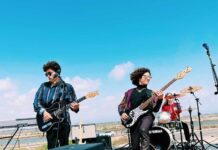