With his 12-1 upset in the 2021 Kentucky Derby Saturday at Churchill Downs, Medina Spirit became the latest winner of America’s most famous race to have ties to Los Alamitos.
Like Authentic, the 2020 Derby winner, Justify (2018), American Pharoah (2015) and California Chrome (2014) before him, Medina Spirit began preparing for his career at Los Alamitos.

Baffert, who had much quarter horse success at Los Alamitos before he switched to thoroughbreds more than 30 years ago, has often praised the Los Alamitos surface – maintained by consultant Dennis Moore and superintendent Rick Hughes – since daytime thoroughbred racing returned in 2014. The Hall of Famer has said it is an ideal place to condition his young runners.

The Baffert-trained Authentic, who followed his Derby score with another in the Breeders’ Cup Classic to earn Horse of the Year honors, had 18 of his first 19 official drills locally between April 30-Oct. 9 in 2019.

Meanwhile, Justify, whose brief racing career for Baffert included a sweep of the Triple Crown, had his first seven recorded works in California at Los Alamitos between Dec. 4, 2017 and Jan. 15, 2018.

American Pharoah, who became the first Triple Crown winner in 37 years with his Kentucky Derby, Preakness and Belmont Stakes victories in 2015, had his first seven official morning drills here May 15-June 29, 2014.

Of course, California Chrome, who was trained by Art Sherman, was stabled at Los Alamitos for most of his racing career, moving to Orange County after the closure of Hollywood Park.

Winner of the Kentucky Derby and Preakness during the first of his two Horse of the Year campaigns in 2014, California Chrome was based at Los Alamitos for all 11 of his graded stakes wins.

There are some other extremely talented stakes winners who either raced or trained at Los Alamitos.

Arrogate, the champion 3-year-old male of 2016 during a season that saw him capture both the Travers and Breeders’ Cup Classic, had his first 14 official works here and made his racing debut April 17, 2016 finishing a troubled third as the prohibitive favorite. The runner-up in the contest, which was won by Westbrook, was eventual 2018 Breeders’ Cup Classic winner Accelerate.

The Baffert-trained West Coast had his first three drills at Los Alamitos in 2016 and went to win the Los Alamitos Derby the following year prior to victories in the Travers and Pennsylvania Derby. Those successes helped him earn the Eclipse Award as the champion 3-year-old male.

Daytime thoroughbred racing will return to Los Alamitos next month. The 2021 Summer meet will begin Friday, June 25. The seven-day season will continue through Monday, July 5. 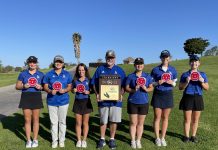