A Malibu law firm responsible for forcing compliance with the California Voting Rights Act in several Orange County cities said this week that his firm has notified the City of Cypress via written correspondence that their at-large system of electing council members is in violation of state law.

Attorney Kevin Shenkman said in a phone interview that with its recent actions, the city of Cypress should have reasonably suspected this would be a likely outcome and the law firm has given the city a period of 45 days to voluntarily consider creating single-member districts.

His firm, Shenkman and Hughes, PC, has successfully challenged many communities that have transitioned to single member districts, including Los Alamitos, Fullerton, Palmdale, Garden Grove, Stanton and others.

Currently, the city elects its five-member Council at-large, meaning any qualified resident can run for any of the five seats, regardless of where they geographically live in the city.
Single-member districting is when a variety of factors are used to draw district lines that then allow only candidates from within that specific geographic area to represent each district drawn.

In a letter to the City of Cypress dated Sept. 17 that Shenkman shared with the ENE, the attorney states “voting within the City is racially polarized, resulting in minority vote dilution, and, therefore, the City’s at-large elections violate the California Voting Rights Act of 2001 (“CVRA”).”

“The CVRA disfavors the use of so-called ·’at-large’’ voting – an election method that permits voters of an entire jurisdiction to elect candidates to each open seat,” said Shenkman in the four-page letter, “because they often result in vote dilution.”

“The (Cypress) City Council’s recent difficulty with adopting even a resolution acknowledging the Asian American community and encouraging their participation in the City, and then its blanket refusal to show support for another minority community (LGBTQ), is also telling,” said Shenkman’s letter.

“The mayor’s (Jon Peat’s) remark – “I don’t believe it is our responsibility to ensure access and success to any particular group” – demonstrates the unresponsiveness to minority communities that at­large elections are known to cause, he notes, citing the specific legal reference in his letter.

“Ms. (Carrie) Katsumata Hayashida was passed over for an applicant who the council thought would work more cooperatively with the council majority and city staff,” the law firm claims.

Ironically, the candidate selected by the Council’s own recent process to fill the seat vacated by Stacy Berry, Scott Minikus, was sworn in this week at the Council’s regular meeting.

“[T]he majority, by virtue of its numerical superiority, will regularly defeat the choices of minority voters,” the letter continued. “When racially polarized voting occurs, dividing the political unit into single-member districts, or some other appropriate remedy, may facilitate a minority group’s ability to elect its preferred representatives,” the letter stated.

Several community members were disappointed when the Council refused to consider appointing former candidate Carrie Katsumata Hayashida to Berry’s open seat.
Even though she was not elected, they believed she had finished so far ahead of the other candidates in the 2020 race and deserved the seat.

“Despite significant support from Asian American voters, she (Hayashida) still lost her bid for a seat on the Cypress City Council. She came in third in a race for two seats, and yet when a council vacancy was filled less than a year after that election, Ms. Katsumata Hayashida was passed over for an applicant who the council thought would work more cooperatively with the council majority and city staff,” the letter continued.

Shenkman’s letter also included specific legal references to his various citations. His letter to the city was on behalf of the Southwest Voter Registration Education Project.

“Based upon recent data from the American Community Survey conducted by the United States Census Department, Asians comprise 35.2% of the City’s population of 49,006. The current complete absence of Asian representation on the City’s governing board is revealing,” claims Shenkman’s letter.

The ENE has reached out to the city of Cypress and Mayor Peat for comment.
Peter Grant, Cypress City Manager, said the city has not received the correspondence and that it “has no comment.”

The attorney’s letter also cites examples of communities wasting “millions” of dollars fighting in court, suggesting his firm has never lost a case of this type and predicts they won’t lose this one, if tested.

“Given the racially polarized elections for Cypress’ city council elections, we urge the city to voluntarily change its at-large system of electing its city council. Otherwise, on behalf of residents within the jurisdiction, we will be forced to seek judicial relief,” said Shenkman in the correspondence.

“Please advise us no later than November 7, 2021 as to whether you would like to discuss a voluntary change to your at-large system,” it concluded. 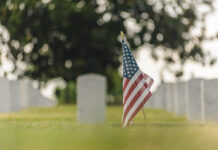 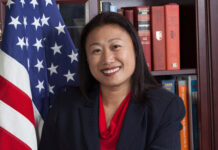