The Cypress city council approved a three-year plan last week that provides approximately $1.5 million in aid to a group of nonprofit organizations in the city, most of it in indirect contributions.

Recreation Manager Jeff Draper said city staff had calculated the projected in-direct assistance to nonprofits in the city for fiscal years 2021-24 as approximately $1.1 million.
In addition, he said staff had also analyzed nonprofits who had filed applications to received direct financial aid related to the pandemic.

Following the onset of COVID, the city approved $300,000 in one-time, direct aid to the nonprofit sector as part of the city’s overall aid package to the community.
Newly installed Council member Anne Hertz, who is an executive with the Boys and Girls Club of Greater Anaheim-Cypress, recused herself from the meeting and literally left the dais before the discussion began.

According to Draper, city officials investigated the balance sheets of the organizations before making the award recommendations, saying the projected dollar amounts were based on a variety of metrics and specific factors that were explained to the council.
Draper said nonprofits receiving funding must use those proceeds to benefit citizens of Cypress, they also must be used in a way to demonstrate they are filling service or delivery gaps caused by the pandemic and/or used to enhance service deliveries caused or necessitated by the state’s stay-at-home order.

In addition, Draper told the council that the nonprofits specifically cannot use the city provided funds for sponsorships, payroll or other operational activities. Also, he said, nonprofits cannot use the funding to pass through to other organizations or support any operations outside Cypress.

Mayor Pro-Tem Stacy Berry said she was happy the city was in a position to help struggling nonprofits, yet she asked city staff about the conditions and reports required of the organizations receiving funds.

Draper said each of the seven nonprofits that are being funded will have to file reports with the city demonstrating how the funds were used.

Council member Frances Marquez moved to award the grants, and Berry seconded, yet recused herself from voting on the grant to the Children’s Advocacy Council because of her role in that charity.

According to Draper, the city recommendations were as follows:

The Council was expected to finalize the program with a final vote at their May 10 meeting.
Also this past week, the Cypress council finally agreed on a name for its latest park, a sports park under construction on Lexington Drive.

Cameron Harding, Director of Recreation and Community Services, basically told the council that they had no more time to think about a name. “It is imperative,” said Harding.
He said the city’s park contractor “needs a name to start fabricating a sign” so the new park can open on time this fall.

Harding said also that a commission studying names had selected four options (from 187 suggestions) for the Council to consider, including Cypress Sports Park, Lexington Park, Thoroughbred Park and Cypress Park.

In addition, Harding told the council that, for now, the city has basically abandoned the idea of finding a “naming rights” sponsor. He said it was due to several reasons, mainly that the park may not be able to provide sufficient spectator info, which such deals generally require 100-acre parks (this one is nine acres) and that coming out of a pandemic may not be an ideal time to find such a sponsor.

Still, council members had their own naming ideas.

Council member Paulo Morales first asked Harding not to totally abandon the naming rights issue, and he threw out the names of a former officer and even celebrity golfer Tiger Woods.

Marquez thought the park should be named “Ed Allred Thoroughbred Park” to honor the man who donated the property.

Hertz suggested indigenous heroes and those who could be traced back to the original Spanish land grant on which the city is largely built.

Berry thought injecting the word “sports” into a name would give people the impression that it was not also a general park, “for everyone,” and suggested Lexington Park from those presented.

Peat said he had no strong preference and said he could vote for Lexington.
After some discussion, the council finally came to a consensus over the name Lexington Park and voted unanimously to award it that name.

Lexington Park is a 9-acre park located at the corner of Lexington Drive and Cerritos Avenue and is scheduled to open this fall.

In other action, the Cypress council:
• Approved a request from Chief of Police Mark Lauderback to approve a $709,223 state tobacco enforcement grant that will provide three year of funding for school resource officers at Cypress High School, Lexington Junior High and Oxford Academy as well as provide for outreach and tobacco sales enforcement.
• Agreed to reduce a park development fee for the 7-acre, 135 townhome development application filed by Melia Homes and Los Alamitos Race Course in lieu of a land donation.
• Approved the first reading of an ordinance related to a settlement agreement that provides for a ban on camping or storage of personal belongings on public property that are enforceable when readily available shelters are available within a specified distance. 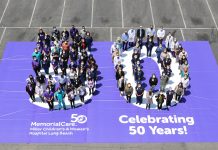