Girl Scouts of Orange County presented Courtney Melancon of Cadette Troop 2853 with a special Take Action Award for her Silver Award Project. A Girl Scout who has made a significant and lasting impact in her community through a Take Action project can be a nominee for this Award. This presentation was a porch surprise planned by her mother Jenni Melancon (also one of her troop leaders). 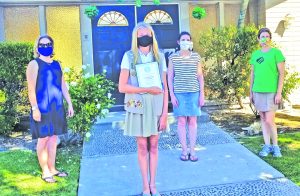 Courtney’s Silver Award Project was inspired several years ago by a guest speaker at Lee Elementary. Mr. Brent Poppen is a functioning quadriplegic who was a baseball player in high school before he had an accident that paralyzed him. He became a motivational speaker and shares the message that “Anything is Possible” to kids and adults through his books and speaking engagements. At that assembly Courtney decided to retrofit a mitt so

Mr. Poppen could catch a baseball again. The webbing of bungee cord woven through the mitt enables a baseball to stay in without having to squeeze the mitt. Since the completion of the first mitt, Courtney wanted to create additional mitts to help kids that have difficulty catching baseballs. With the help of Mr. Poppen, her parents, and the Challenger League of

Long Beach associated with Long Beach Little League at Stearns Park, this idea has become a reality. Courtney’s project has enabled all children to be able to catch a baseball, both those with special needs who play in a specialized league like the Challenger League, or young players that are beginning to play, and continues to help them build their confidence by catching a baseball consistently. 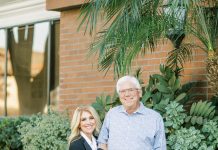 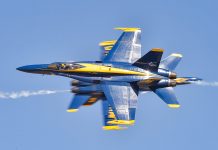 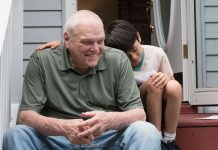