After more than 28 years flying the friendly, and sometimes not so friendly, skies at home and abroad as a U.S. Army aviator, Chief Warrant Officer 5 Robert Metoyer flew into retirement Friday, July 31, 2020, leading a training flight of 12 California Army National Guard UH-60M Black Hawk helicopters — a fitting salute and fond farewell from his comrades at the 1st Assault Helicopter Battalion, 140th Aviation Regiment, based at Los Alamitos Army Airfield on Joint Forces Training Base, Los Alamitos.

During his distinguished career, Metoyer totaled over 318 months of operational flight duty piloting the UH-1 Huey and UH-60 aircraft. He deployed to Haiti in support of Operation Uphold Democracy (1994-95), and three times to Iraq for Operations Iraqi Freedom (2005-06), New Dawn (2010-11) and Spartan Shield (2015-16). Since joining the 1-140th AHB in January 2001 he amassed more than 3,600 flight hours flying combat, civil support and training missions.

Interestingly, Metoyer’s first 10 years of service were spent as an Infantryman, building an impressive record and earning the Expert Infantry Badge, Pathfinder Badge, Air Assault Badge and Master Parachutist Badge. It was while assigned as an instructor at the Air Assault School at Fort Campbell that he became intrigued with Army Aviation because “pilots do neat things and get to go to lots of neat places.” On such thoughts, careers are built.

Having never deployed during his time as an infantryman, upon graduation from flight school Metoyer soon found himself serving in one of those “neat places” – supporting contingency operations in Haiti.

“I have loved the Army Aviation mission and have had a blessed career,” reflected Metoyer, who credits the leaders and role models he encountered along his 34-year journey – those who invested their time and trust in him. “Because my leaders served me, I have always done my best to serve them, to follow their example and serve others. Retiring is bittersweet because I will miss my fellow Soldiers the most.”

In his final assignment as the battalion’s standardization pilot attached to Headquarters and Headquarters Company, Metoyer served as the commander’s principal adviser and primary technical and tactical expert responsible for providing individual, crew and collective training.

True to form, Metoyer requested that his final flight be something special. “I didn’t want this to be all about me. This is about the entire battalion and I wanted to include everyone… I am so thankful.”

Although he is leaving the Cal Guard, Metoyer is not hanging up his flight suit. He is simply exchanging uniforms and will continue to serve his country as a helicopter inspector pilot for the U.S. Forest Service. 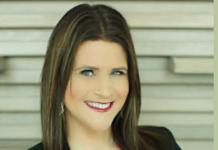 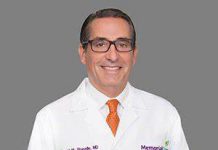 Citizens urge Cypress council not to stack the last meeting with...