Several citizens who live near the Cypress city yard where Valley Vista Services has requested permission to build a direct-tip transfer facility have started a petition drive to halt the project.

The Cypress city council discussed the matter at its Oct. 26 meeting.

Valley Vista Services have proposed to pay for the rights to use the facility to transfer trash from trucks into the large semi-trucks, and to also pay for the upgrade required to host a Compressed Natural Gas (CNG) fueling facility for their trucks.

The Council rejected Council member Jon Peat’s attempt to have them approve the project in concept, but did approve an ad hoc committee consisting of himself and council member Paulo Morales to study the proposal and bring the data back to the Council.
Hundreds of citizens have apparently already signed a circulating petition and a World War II veteran who lives next door to the facility has created a video asking citizens to “fight” for him.

“We the undersigned oppose the project that was presented at the October 26 Cypress City Council meeting due to serious health and safety concerns,” reads the petition.

According to the petition, a big concern with the trash transfer facility is that is it “hard to control debris and vectors. Flies, rats, and other pest infestations are major vectors of many infectious diseases specifically related to trash facilities,” the petition states.

The petitioners also claim these facilities produce smells that no one would want to live nearby.

Further, they claim zoning for the city yard is public/semi-public, and these projects are not permitted without a vote of the residents, pursuant to measure D.

While alternate fuel facilities are allowed on the property, it must be an accessory to a permitted use.

“This project primarily benefits Valley Vista Services, which is a private enterprise, and the agenda item also says they could generate income from private parties” once the facility is operational, states the petition.

“Does the city actually see itself using CNG vehicles for the next 15 to 20 years at a time when renewable energy is the push and electric vehicles are gaining momentum?”
They claim a trash facility is not permitted in the public zone, especially not a trash facility for a private enterprise.

On Veterans Day, 97-year-old veteran Bob Yerian made his own appeal to Cypress residents. Bob has lived in his home with his son Tim for many years adjacent to the city hard facility.

“Hi, I’m Bob Yerian,” says the 97-year-old veteran in the video, “I’m a World War II veteran and I fought for you, so won’t you fight for me and not let them put a dump in my back yard. I also received the Bronze Star.”

Peat and Morales are expected to meet with staff and Valley Vista Services in a fact-foinding mission before reporting back to the Council in December. 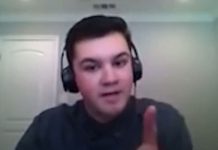 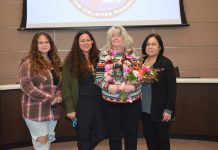 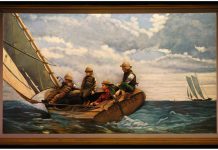 Pageant of the Masters returns, tickets now on sale