Reversing its vote from last month, the California Horse Racing Board extended the 2021 license granted to Los Alamitos Race Course for its Quarter Horse and lower-level Thoroughbred racing from six to 12 months. The 4-3 action by the seven commissioners came after the Orange County track asked the CHRB to revisit its December decision to grant it only a half-year license before a follow-up review could authorize the remainder of the year, according to Bloodhorse.com.

Dr. Edward Allred, owner of the facility, had threatened to shut it down and perhaps convert it to other uses when the California Horse Racing Board issued only a six-month permit last month.

The track, which runs two short afternoon meets of higher-quality Thoroughbreds in addition to its year-long mixed-breed meet at night, had come under criticism for leading the state in equine fatalities last year. The track also serves as an active training and stabling location in Southern California for Quarter Horses and Thoroughbreds
Twice over the second half of the year, Los Alamitos amended its procedures to improve equine safety. Their safety protocols now match or surpass those at major Thoroughbred tracks in the state, regulators said during the meeting.

Commissioner Alex Solis, absent from last month’s board meeting, appeared to be the deciding vote in granting the 12-month license. Commissioners were deadlocked 3-3 last month on the matter before the six-month license was approved in a 5-1 decision.
Los Alamitos officials told the CHRB that a 12-month license was needed to adequately attract interest in its futurities and derbies, which are funded by nominations made by owners of young horses. That argument was also made last month to the CHRB.

Following a lengthy public comment period that bogged down the teleconferenced meeting for about two hours—in which numerous horsemen backed Los Alamitos and individuals opposed to racing voiced dismay with the catastrophic injuries at the track—chairman Dr. Greg Ferraro and commissioners Dennis Alfieri, Damascus Castellanos, and Solis supported the longer license. Vice-chairman Oscar Gonzales and commissioners Wendy Mitchell and Brenda Davis voted against.

“Concerning (that) the CHRB can halt racing at any track and at any time, what does this six-month license achieve except animosity within the industry?” Ferraro remarked in support of the customary year-long license.
In their opposition, Gonzales and Mitchell cited the need for accountability and the CHRB’s role as regulators.

Davis also raised concern about two Thoroughbred fatalities this year at Los Alamitos during training hours Jan. 17. The Robert Bean-trained Don’t Stop Lookin’ broke down during a Sunday workout, and the Phil D’Amato-trained Noor Khan suddenly died that morning while awaiting a scope of her lungs, according to the CHRB. The CHRB said they are investigating Don’t Stop Lookin’s injury, and Los Alamitos and CHRB officials said Bean and the horse’s unnamed veterinarian face disciplinary action.

Allred, meanwhile, expressed satisfaction with the latest action of the CHRB.
“I was pleased with the support by the CHRB Chairman and the other commissioners but disappointed that we did not get a unanimous decision,” said Allred in a statement.
Moreover, “I am deeply committed to the wellbeing of our equine population and the safety of our riders. We have in place a safety enhancement plan that is both thorough and widely supported by the horsemen and women at Los Alamitos Race Course and we will continue to do everything possible to improve all areas affecting the welfare of the equine and human athletes participating at our facility,” he said. 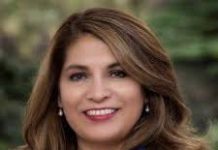 Quirk-Silva to speak to Cypress Chamber 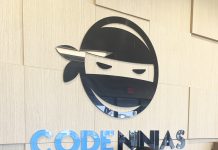