The greatest crisis facing the City of Cypress is not trash contracts or lawsuits, it is weak leadership.

As we watch the continuous in-fighting among Cypress City Council members, I am reminded of a story I heard years ago about parts of the body that were arguing about who did the most work, and the value of the work. There are several versions of this story floating around the internet and it seems especially apt.

“One day during a meeting, some members of the Body realized that they were doing all the work while all the Belly does is get all the food. They all agreed that the Belly was the laziest and most unproductive member of the body.

After their meeting, they all decided to hold another meeting to discuss how unfair it seems. At the end of the long meeting that night, all the members voted that they’ll go on strike until the Belly agrees to do a fair share of work.

The unhappy body parts remained idle for a few days, hoping to starve the Belly. After some time, they stopped walking, moving their hands, and finally gave up chewing altogether in an attempt to stop feeding the belly with food and water.

As a result of their strike, the entire Body eventually collapsed and died without understanding how important the role of the Belly was.”

Of course, for a body like the City Council to function properly, good leadership dictates that each member recognizes the strengths, contributions, and weaknesses of each other, and all parts work together to support the whole entity. All become healthier. All become stronger. There are no “hidden agendas.” They help each other.

The current arguments between members of the Cypress City Council, where accusations are being made and votes of censure are being considered, seem reminiscent of some body parts voting to “starve” others, not realizing the damage they are doing to the Council itself, or to the constituents they are supposed to serve. This, clearly, is not good leadership.

That is not to say that the problems facing the current Council are trivial; in fact the opposite is true. Instead, I appeal to the better instincts of all City leaders by offering the following: When you so often meet behind closed doors, it is difficult to demand transparency (and it invites lawsuits). When you fail (or even delay) to disclose public records when asked, you create mistrust (and it invites lawsuits). When you pursue your own agenda(s) while ignoring public input, you reap anger from those whom you serve because your service looks self-serving. When one or more Council members tries to use coercion instead of persuasion to accomplish their aims, it just looks petty and akin to bullying. And no one likes a bully. So how about a little humility, patience, compassion, and cooperation? After all, those are the hallmarks of strong leadership.

Clearly, not everyone elected to City Government is “born” to be a great leader. In fact, in my experience, great leaders don’t just happen, they are forged over many years, often enduring extraordinary trials. Leadership is never about the position you hold, but how you inspire and interact with people that make an impact on your community. I sincerely hope that our current City Council will work to find ways to build each other into the leaders we so desperately need right now. Our city is depending on you. 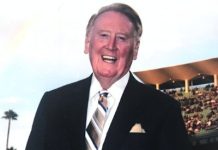 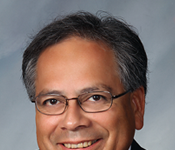 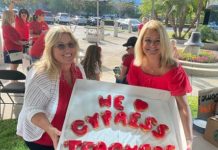 I was hypnotized by the rhyming prose of the late Vin...

I was hypnotized by the rhyming prose of the late Vin...