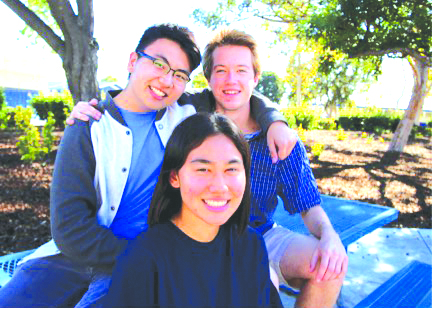 John Kim, Marley Hughes and Rachel Kunowski earned the distinction by scoring in the top one percent of the more than 1.5 million students who took the Preliminary SAT (PSAT) nationwide in fall 2017. Another 20 students were named as Commended Students for 2018-19 for scoring in the top five percent.

Semifinalists advance to Finalist standing in the competition by meeting high academic standards and all other National Merit Scholarship Competition requirements.

These requirements include: plans to enroll as a full-time college student in the fall of 2019, U.S. citizenship or lawful permanent resident status, endorsement by their high school principal, and a record of consistently high academic performance throughout high school. Although Commended Students will not continue in the 2019 competition for National Merit Scholarship awards, these students are regarded as among the elite in their school, country, state, and nation.