Members and guests may obtain a better understanding of the overall Muslim situation in America as the Rossmoor-Los Alamitos Republican Women Federated welcome Muslim Reformer Shireen Qudosi to its Saturday, Sept. 21, 2019 breakfast meeting.

The meeting is conveniently located Cypress Courtyard by Marriott (5865 Katella Avenue at Valley View), the meeting begins at 9:30 a.m. with an Americana buffet breakfast. The cost is $25 for members and $28 for non-members. Preparing to say aloha to the summer season, everyone is invited to wear their favorite tropical attire.

Qudosi specializes in analyzing the leadership and ideology of transnational and U.S.-based Muslim organizations. In 2011, Qudosi was named one of the top ten North American Muslim Reformers. Her column has appeared in many publications including The Federalist, On Being, Women in the World, The Hill, The Middle East Form, The Clarion Project, and more. She has also appeared on Fox discussing free speech violations against Muslim Reformers and critical thinkers.

According to a press release, she is expected to present an overall picture of Muslims in America much different than the one presented by “Socialist Democrats Ilhan Omar and Rashida Tlaib.”

The RLA club, which serves west Orange County cities and greater Long Beach, welcomes like-minded women and men who want to impact local, state and national politics. Reservations can be made at: RossLARepWomen@aol.com. 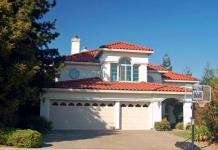