Troop 295 is sponsored by American Legion Post 295 located in Cypress, and led by Scoutmasters Rudy Solorzano and Joe Lum.

Almost 300 adult and youth volunteers, including Scouts, Girl Scouts, and other youth participants, gathered to place an American flag on the gravesite of every veteran and first responder, in tribute to their service and sacrifice for protecting American citizens. In total, over 4,000 flags were placed to celebrate our heroes.

Troop 295 Scouts provided the color guard to open the ceremony, led by Senior Patrol Leader, Luke Olsen, who presided as master of ceremony.
Scout Kyle Mundala played a rendition of taps before the flag salute and opening speakers were presented.

Representative Sharon Quirk-Silva, from the 65th District, presented a Certificate of Recognition from the California State Assembly, to Troop 295 for its dedicated years of organizing this important and impressive event. Following Representative Quirk-Silva’s presentation, City of Cypress Mayor, Paulo Morales, shared his experiences in Scouting and the skills he learned and how they carried over to his career in the U.S. Navy, law enforcement, and today, in his current role as Mayor. He was clearly moved and impressed by the turnout for this event, especially for one in person.

Cypress City Councilman, Scott Minikus, expressed the importance of recognizing and paying tribute to our veterans who laid their lives on the line for people they will never know but take an oath to protect, even at the cost of their own lives.
John Gibson, Commander of American Legion Post 295, was the final speaker who explained the difference between Veterans Day and Memorial Day. Veterans Day, originally known as Armistice Day, honors those who served in the U.S. Armed Forces – whether in wartime or no. Memorial Day serves to remember those who died in service to the U.S.

Gibson ended his comments with his feelings about his fellow veterans, “When I entered the military, there were people I would not have reached to know because of how they sounded, looked, or where they came from. But once you’re in [the military], everyone is bald and has the same goal – we’re all Americans. That’s what’s important.” Profound words spoken and an important message for adults and youth alike.
Looking out over the Forest Lawn cemetery as the adult and youth volunteers carefully place flags on veteran and first responders’ graves, one couldn’t help but feel a sense of community and pride.

A special thank you is gratefully extended to Andrew O’Hare, Director of Events at Forest Lawn, and his staff for making this special Veterans Day event possible. Congratulations to Troop 295 for planning and hosting this event and for its recognition by the California State Assembly. 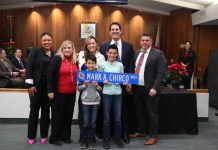 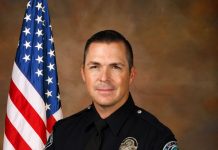 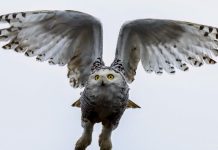