A three and one-half day Pickleball trial within the community of Rossmoor was indeed a huge draw, but officials there say there are some serious considerations that the board must now sort out.

Joe Mendoza, General Manager of the Rossmoor Community Services District was given authority by the Board of Directors to conduct a brief test of the sport using the existing Rossmoor tennis park (4 courts).

Mendoza and his staff devised a plan to convert one of the four tennis courts into four Pickleball courts for the trial.

Once the trial began, said Mendoza, the Pickleballers came out in force to play.
“Families, husbands, wives, spouses, kids and neighbors came out to play,” he said, “and many of them who play Pickleball had a chance to play against their neighbors, which they had never done.”

During primetime hours, said Mendoza, “the [Pickleball] courts were packed.”
Per the board’s direction, Mendoza and his staff collected metrics on potential problem areas like traffic, noise and other factors.

“We had some concern about noise,” said Mendoza, which he said would now be discussed by the board.

“I’ve written a report for the subcommittee to review,” he added.

Now that the trial is over, he said, it will be up to the board to decide whether Pickleball will resume at all, and if so, how often, where, and issues such as that.

Mendoza said staff is also examining the current utilization of the existing four tennis courts to see if they can arrange better efficiencies.

Two of the four tennis courts are generally utilized by tennis pros who give lessons, he said, of which the district sees substantial annual revenue.

That said, Mendoza said a permanent conversion of one of the four courts into four Pickleball courts could leave only one tennis court open for public utilization unless they can find a way to accommodate the pros on varying schedules.

He said a subcommittee of Directors including President Jeffrey Rips and Director Nathan Searles will now consider the next steps as the district continues to study the results of the recent Pickleball trial.

Mendoza said they will likely also have to determine the popularity of Pickleball within the community as well as tennis.

Many citizens turned out at the Board’s regular meeting in July to speak about Pickleball. Many people supported it, but many others did not.

Even some of those who did not initially support the proposal acknowledged nonetheless that they play Pickleball and could potentially support it if its implementation was “done the right way.” 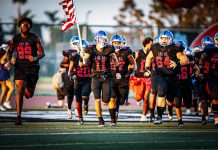 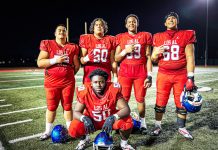 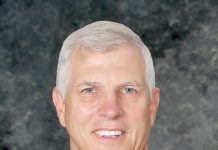