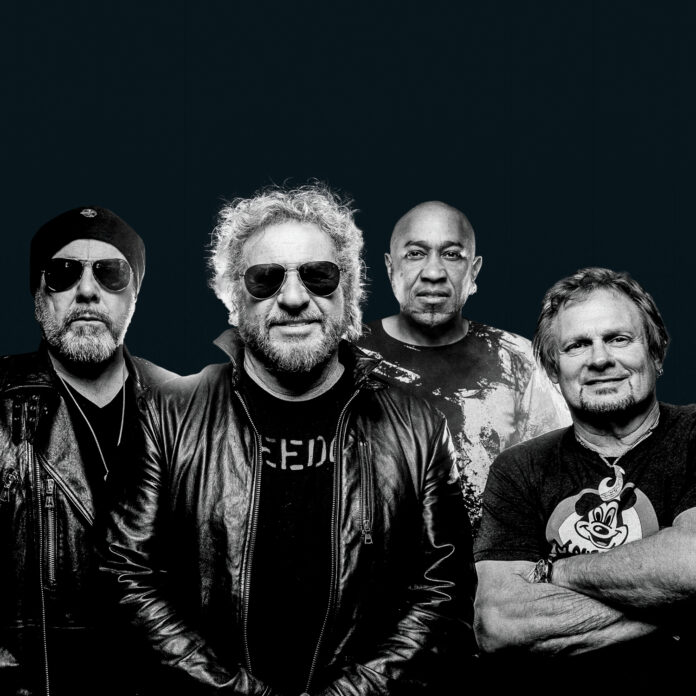 As if the thrill of aviation firsts, supersonic jets and world-class aerobatics aren’t enough, Pacific Airshow is taking the annual beachfront event even higher with the addition of the two-night Afterburner Music Festival, the first live music event to take place on Huntington City Beach since 2013. The official After Party of Pacific Airshow, the festival will take place October 1 and 2 with an array of musical acts including Sammy Hagar & The Circle, Sam Hunt and X Ambassadors.

Rock & Roll Hall of Fame vocalist, guitarist and songwriter Sammy Hagar and his band “Sammy Hagar & The Circle” will headline the first night of Afterburner Music Festival on Friday, October 1, with chart-topping, award-winning country artist Sam Hunt headlining the show on Saturday, October 2 with an accompanying performance by X Ambassadors. Additional performers to be announced soon.

The festival venue will be located north of Beach Blvd. at Pacific Coast Highway in Huntington Beach.

Sammy Hagar Returns to Huntington Beach
“I’m a beach guy, and it just doesn’t get any better than playing music on the beach. My band and I can’t wait to play for the fans and bring live music back to the sand in Huntington Beach. Afterburner Music Festival is going to be one hell of a show – following the Blue Angels’ performance at Pacific Airshow will be epic – and to play Dreams as a tribute to Van Halen during Blue Angels 75th Anniversary year will be surreal,” said Sammy Hagar.

For more than four decades, Sammy Hagar has been recognized as one of the best and most accomplished lead singers and songwriters in rock music. From breaking into the industry with the seminal hard rock band Montrose, to his multi-platinum solo career, to his ride as the front man of Van Halen, Chickenfoot and his latest best-selling supergroup, The Circle, Hagar has amassed 25 Platinum albums on sales surpassing 50 million worldwide. Along his journey, he has set the tone for some of the greatest rock anthems ever and earned the highest respect of the music industry with a Grammy Award and induction into the Rock & Roll Hall of Fame.

Sammy Hagar & The Circle features Michael Anthony, the renowned bassist and fellow Rock Hall of Fame inductee, who’s played with Sammy for the past 30 years in bands including Van Halen and Chickenfoot; Jason Bonham, the acclaimed journeyman drummer and son of Led Zeppelin’s iconic drummer, John Bonham; and Vic Johnson, Hagar’s longtime guitar virtuoso who seamlessly shreds through his own, as well as some of rock’s most iconic guitarists’ riffs. Fans will experience the legendary artists performing some of Hagar’s greatest hits, spanning more than four decades, including songs like “I Can’t Drive 55,” “Dreams,” “Your Love is Driving Me Crazy,” “Mas Tequila,” “Why Can’t This Be Love,” “There’s Only One Way To Rock,” “Right Now,” and many more.

Sam Hunt Debuts in Huntington Beach
At first glance, Sam Hunt might seem like a fairly typical young country singer—he grew up in a small Southern town; spent his school days concentrating on sports but feeling his attachment to music grow deeper and deeper; and came to Nashville with little idea of how the music business worked, but with big dreams. In a short time and on his own terms, he has become one of Nashville’s most hotly anticipated new artists, and in 2015 his debut album, Montevallo, delivered on the buzz and the promise—and then some, reaching No. 3 on the Billboard 200 and spawning four top 40 singles.
As for the album’s title, Montevallo is the name of a small Alabama town where Hunt often retreated these past few years to visit friends and escape from the pressures of starting a new career in Nashville. He points out, however, that the word means “mountains and valleys” in Spanish—which, he says, “feels about right, too.” Because as his remarkable set of songs demonstrates, for Sam Hunt, contradictions are meant to be embraced, rules are meant to be broken, and creativity knows no limits. He followed up Montevallo with Southside and has now been nominated for four Grammys.

About Pacific Airshow
The first Pacific Airshow took place in 2016, attracting hundreds of thousands to Huntington Beach for a dazzling array of aviation skill and pageantry soaring over one of California’s most pristine beaches. The family-friendly airshow continues to flourish and grow under the directorship of Kevin Elliott and his company Code Four, a Huntington Beach, CA – based full-service integrated experiential, creative and fabrication agency. Elliott has reimagined the airshow experience with a combination of unique aviation performers, on-site hospitality and exclusive show elements that awe and inspire attendees.
Spanning over three days, the Airshow features the best in military and civilian flight demonstrations from teams all over the world, including past performances by the U.S. Navy Blue Angels, U.S. Air Force Thunderbirds, Royal Air Force Red Arrows and Canadian Forces Snowbirds. In only five years, Pacific Airshow has twice been named Civilian Airshow of the Year by the U.S. Air Force Thunderbirds, and most recently was named among the Top 3 2021 Best Air Shows by USA Today’s 10Best. The event has become the cornerstone of the fall calendar for residents and visitors from as far away as Europe and Asia, while delivering a more than $100 million economic impact to the City of Huntington Beach, County of Orange and Southern California.