As the oldest and most established nonprofit in the Los Alamitos community, The Youth Center earns high levels of recognition by many including from the White House, Congress and beyond. This year alone they were awarded the highest level platinum award on GuideStar, who tracks nonprofits transparency. The GuideStar Platinum encourages nonprofits to share their progress and results to move beyond financial ratios and reflect changes organizations make in the world. For the 6th year in a row, they’ve been awarded 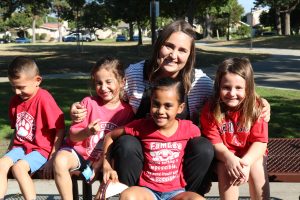 Top-Rated Nonprofit by GreatNonprofits, who tracks more than 1.6 million charities and nonprofits online. Their award is based on ratings and reviews that The Youth Center has received from volunteers, donors and aid recipients. They consistently get four star ratings from many other online sources as well. The Youth Center serves about 3,000 children annually in the greater Los Alamitos, Cypress and Seal Beach areas in Orange County and in Los Angeles County with social, educational and recreational programs impacting about 3,000 youth annually. Since opening in 1952, they have served more than 103,000 local families. More than 300 students annually participate in The Youth Center’s After School Programs, and more than 350 students learn to play music in the only elementary music program in the area. Thousands of high school students are impacted by their bi-annual teen drunk driving determent event, “Every 15 Minutes,” which comes this spring. Their summer camps serve about 500 children with day and teen camps, and their Leadership Academy prepares students for real-world life after high school. Their mission is to transform children’s lives one family at a tim

e, and they have lived up to this commitment throughout the years. “We are proud of our accomplishments this year, including our award-winning after school programs, summer camps and elementary music program,” said Youth Center Executive Director Lina Lumme.