The Los Alamitos Unified School District is preparing to add social justice to its existing standards of professional development for teachers, Deputy Supt. Ondrea Reed has told its Board of Education.

Reed said the goal of adding the standards across the board would be to create “inclusive classrooms” using practices designed to allow teachers to better connect with students to build a “safe academic area where our students thrive.”
The item was discussed at a board workshop two weeks ago and was expected to introduced at a board meeting soon.

Reed said students benefit from learning “to honor their own,” noting that the “culturally responsive” instruction “is about weaving together rigor and relevance,” providing a “window into the cultural heritage and experiences of others.”
The Los Alamitos district is well known for its five-year Professional Development Program (PDP) in which all incoming teachers must enroll. The program is mandatory for all certificated staff, she said.

“It is something we’re very proud of in this district,” said Reed.

Any incoming teacher, regardless of the number of years of prior experience, must enter the five-year development plan, she said. “They really go on this five-year journey together.”

According to Reed, the teaching cohorts receive training, observe demonstrations, attend seminars, and generally progress through a multi-year program that instill LAUSD’s own standards into the teaching staff.

The PDP not only “bonds them as teachers,” she said, but also “expands the idea of a professional learning committee in our district.” “With only six elementary schools, two middle schools and a high school, having teachers talk between the school sites and the sharing of best practices, ideas and innovation” creates “common instructional practices” said Reed.

If approved, Reed said the new culturally responsive instruction standards will allow the system “to make sure that our teachers are all trained in common instructional practices with the goal that all of our students are receiving equitable instruction.”
Within the current “Signature Practices” of LAUSD, teachers enrolled in the PDP receive a variety of trainings through workshops, seminars, mentors, and instructional networking (see chart), the deputy superintendent said.

In addition, Reed said the public should not confuse the new social justice standards to be introduced with either the state approved or the district’s impending ethnic studies course.

It is “separate,” she said.

The “ethnic studies course is a complete content and curriculum which we have not brought forward yet to the board and have not put the resources and materials and curriculum on for community preview yet,” said Reed.

“What we’re bringing forward for explanation tonight is a set of anchor standards that teachers would use parallel to our already adopted curriculum inside of our school sites,” said Reed.

Reed introduced Nadia Williams to the board, the Teacher on Special Assignment (TOSA) that is working with various human relations, diversity and inclusion efforts within the system.

“It is with great pride that I accept this responsibility,” Williams told the board in her first-ever appearance before them.

Overall, she said, “I’ve been working with fellow educators across the state and across many states” to create “classrooms that will be inclusive for all students.” Moreover, Williams said her efforts are being coordinated with the LAUSD human relations advisory committee and its consultant, Danielle Nava-Mijares.

Williams said the social justice standards are “broken down for age appropriateness,” so that a question about identity, for example, “is not going to look the same” at a kindergarten classroom than it would at the high school level.

“We are going to hear a lot about age-appropriate learning outcomes,” she said.
Social justice standards seek to provide students a “common language” and have organizational structure, said Williams. The lineage of the standards evolved from the initial “Teaching Tolerance” standards developed by the Southern Poverty Law Center, said Williams.

“Teachers can use them to guide their curriculum development,” said Williams, and “administrators can use them to make schools equitable and safe.” Similar programs are being utilized in Newport Beach, Laguna Beach, Fullerton and in other OC districts, she told the board.

She said the goals of the standards within identity is for each student to demonstrate self-awareness, confidence, family pride, positive social identities; the goal of diversity is for each student to express comfort and joy in diversity, accurate language to name it to see those differences, deep, caring human connections; the goal of justice is for each student to record and recognize unfairness, having language to describe unfairness and understand that unfairness hurts; and then the action, each student will demonstrate empowerment and the skills to act with others or alone against prejudice and or discriminatory action.
And, said Williams, “the other wonderful thing about the social justice standards is that they align with the Common Core State Standards.” In addition, she said, they align with college careers, civic life and other social studies standards.

Williams also presented deeper examples of meaning and specific examples of books and other materials that would be available within the social justice framework.

If implemented, Williams said the new standard would have a positive impact from transitional kindergarten through 12th grade.

Reed provided the public with a timeline of presentation and said for the benefit of the public, the social justice framework is currently available for download on the LAUSD website www.losal.org. She said interested parties can navigate to the educational services link, then click on textbooks and supplemental materials.

She also said they will be officially introduced at the next meeting of the board, April 13 and won’t likely be voted on until May 11 to give the community plenty of time to review and ask questions “to make sure they are acceptable to the community at large.”
Newly elected board member Chris Forehan briefly interjected that he has toured all nine schools since being elected and “the quality of staff development” is apparent. “You can walk in” any classroom, said Forehan, “and see it being used throughout the day. So, kudos on that.”

Board member Scott Fayette had questions about the standards and asked for examples.
Board Vice President Diana Hill thanked Reed and Williams for an “amazing” workshop presentation, especially the examples pointed out by Williams as to how the social justice standards could be used.

“You did an amazing job giving those examples and showing how (the standards) would be used in the classroom,” Hill told Williams, and how they could be used “with what we’re already doing and so I’m just really gratefully appreciative of how you put this workshop together so that we can move and continue to move through this process.”

“We’re thrilled,” board president Marlys Davidson told Williams, “and I know what all the hard work you’ve been doing and the training you’ve been going through.” Davidson suggested also that teachers “are really excited” about the program and Williams’ leadership.

Reed said the social justice standards will be introduced at the next LAUSD Board of Education meeting April 13. 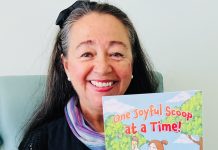 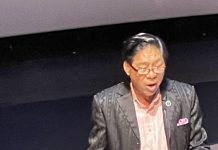 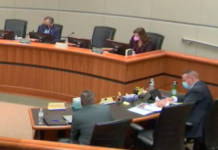