On Saturday, April 24th the streets of Seal Beach were filled with sights and sounds from days gone by. Nearly 200 gorgeous, painstakingly maintained vintage cars and trucks cruised the streets of The Hill and Old Town, thrilling spectators with their throaty roars and flashy paint jobs. Leading the pack was Seal Beach realtor, Wyatt Hill in his 1962 Plymouth Valiant Signet 200, chosen as a symbol of the valiant perseverance of our local businesses over the past year.

“I am very pleased with the event and deeply touched by all of the community support around it. It was fun to see people out socially distanced, watching from their yards, front porches and on the greenbelts,” said Tim Way, Chair of the Car Cruise. “So many participants mentioned how great it was to cruise past everyone waving and cheering them on. It made them feel like they were in a parade,” he exclaimed.

Trophies were awarded in 8 classes, as follows:

The first 7 classes were judged via online voting, by spectators. 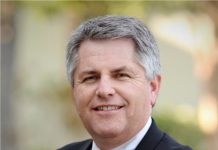