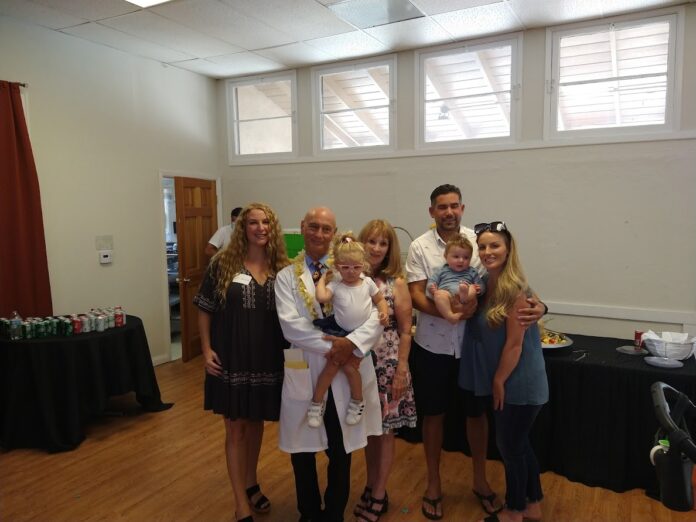 After 35 years of medical practice in Los Alamitos, family, friends and patients gathered this week to say thank you “to a great doctor,” Dr. Ronald Pepitone.
Dr. Pepitone’s retirement party was held at the St. Isidore Historical Plaza on Reagan Street as patients waited patiently in line, more than 45 minutes for some of them, just to join the party.
Former patients said the large crowd of well-wishers waited as Dr. Pepitone made the rounds, this time sharing memories and taking photos with patients and their families.
According to Cypress resident Tim Yurien, Dr. Pepitone was his family’s doctor, treating his own family and his 98-year-old dad, Robert.
“He always returned your calls and stayed in touch to make sure everyone in the family was healthy,” said Yurien.
Pepitone, a resident of Seal Beach, said he was retiring to spend more time with his family, including his two grandchildren.