The city of La Palma is planning for a somewhat muted ( due to COVID), yet festive celebration on the 65th Anniversary of its founding later this month.

At the city council’s meeting last week, Mayor Peter Kim said “there have been many changes throughout the years,” as he read a resolution honoring the city for its accomplishments.

Kim cited the many times La Palma has been cited by Money Magazine as one of the “Best Cities to Live” in America and said there is so much that is “very exciting about the future.”
Mayor Pro-Tem Nitesh Patel introduced a short video that featured several members of the council, and other elected officials, praising the city’s accomplishments.
Kim also thanked the current and former elected officials and staff as La Palma turns 65 on Oct. 25.

Also on Monday, residents learned that La Palma will officially reopen its Central Park this month.

City Manager Conal McNamara said Gov. Gavin Newsom latest guidance will permit parks to be reopened and that the city’s staff was preparing for the reopening.

In other action, the La Palma city council;
• Passed a resolution honoring “Fire Prevention Week” as Orange County Fire Authority Administrative Captain Jason Williams thanked the city on behalf of the organization. He said La Palma has been a “proud partner” for more than 25 years.
• Listened a report on updates on the city’s groundwater system, which is supported to two massive underground wells and pumping stations, capable of delivering more than the current 1.6 million gallons per day (80 percent residential). With more than 39 miles of pipes carrying water to city customers, La Palma is also connected to area cities with backup connections, the council was told.
• Directed the city manager to look into an ongoing noise abatement situation surrounding the area’s Walmart after a longtime resident inquired about an ongoing investigation into potential solutions. 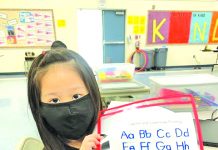 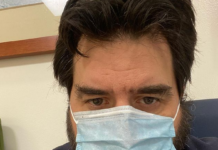 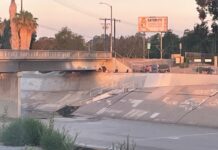