Jewish Long Beach Woman’s Philanthropy Cabinet is hosting author Hallie Ephron at the 25th Annual Arlene Solomon Virtual Visions Event at 6:30 pm on April 29, 2021. This is the first time the event will be held virtually and free, although donations are strongly encouraged.

Hallie Ephron is a New York Times best-selling author, an Edgar Award finalist, and a four-time finalist for the Mary Higgins Clark Award. She has more than a dozen books to her credit. Her suburban-based thrillers are dubbed “domestic suspense” on her website.
She grew up in Hollywood among a family of writers. Her parents, Henry and Phoebe Ephron, were screenwriters penning such classic movies as Desk Set, and There’s No Business Like Show Business. Hallie was the last of their four daughters (Nora, Delia, Hallie, Amy) to start writing or, as she calls it, succumb to her genes.

Her latest book, “Be Careful What You Wish For” features Emily Harlow, a professional organizer who ironically is married to a hoarder. When she meets a new client in a similar situation, they imagine lives without their spouses. When circumstances go awry, she learns the value of the titular adage.

The Visions event was named after local philanthropist and community leader Arlene Solomon in 2009. Solomon was an integral part of Women’s Philanthropy at the Jewish Federation (now Jewish Long Beach) for many years. She recognized the importance of having women of all ages participate for a common cause and was inspired to endow the Women’s Jewish Federation Annual Campaign event, Visions. The Arlene Solomon Visions Event has been an important program for bringing women together to raise money to help others both in Long Beach and globally.

Solomon was elected as a Long Beach Unified School Board Member for two terms and created the VIPS program (Volunteers in Public Schools) in 1969. She was involved in many organizations including the Long Beach Education Foundation and Musical Theatre West. Solomon passed away in 2017 at the age of 91.

For more information, to register for the event, and make a donation, visit https://events.idonate.com/visions2021 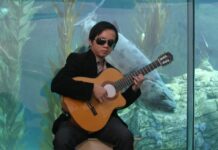 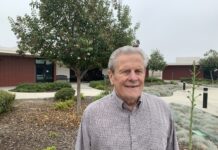