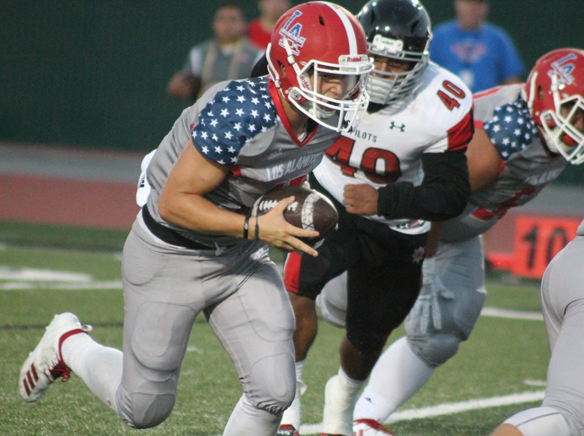 The Los Alamitos High football team jumped on Banning High quickly and rolled to a 49-13 victory over the Pilots on Thursday at Veteran’s Stadium. The win improved the Griffins’ record to 2-1. Zack Wagoner (pictured) got the Griffins going with the wildcat offense, as he ran for two early scores that put the Griffins up 21-0 after three possessions. Jaiden Mitchell capped the opening drive with a touchdown run to give the Griffins a 7-0 lead. Kenui Huey had a 50-yard touchdown reception from Cade McConnell that gave the Griffins a 28-0 lead at the end of the first quarter.

Los Alamitos will travel to Carson High on Friday for a 7 p.m. game, before big showdown at Tesoro High on Sept. 21. Los Alamitos was ranked No. 10 in this week’s CIF-SS Division 2 poll, while Tesoro held the No. 5 spot in the same division. 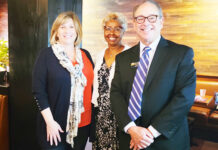