The Los Al Griffins were eliminated from the playoffs Friday following an inspirational performance from the Notre Dame following the return of Coach Kevin Rooney to the coaching box on the sidelines.

Earlier in the week, Rooney’s wife Maureen had passed away from leukemia and the team and his assistant coaches welcomed him back to the sidelines with great enthusiasm.

Perhaps the motivation for a grieving coach was too much to overcome as Notre Dame quarterback Cooper Meek threw for two touchdowns to best the Griffins 49-32 to win the CIF Southern Section Division 2 quarterfinal matchup.

Los Alamitos ends the season 9-2-1 and was led by Demario King, who scored four touchdowns, including three in the second half. He caught a touchdown pass from QB Cade McConnell with 1:44 left to make it close but Notre Dame just couldn’t be denied.

Notre Dame moves on to play Rancho Verde at home.

Meanwhile, Los Al offensive line coach Greg Snyder had praise for his team, which included 35 seniors. He said the team did many great things during the season and that the team had learned to love and respect each other.

Taking nothing away from Notre Dame, Synder said they deserved credit for playing very well in Friday’s emotional contest. 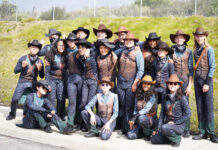 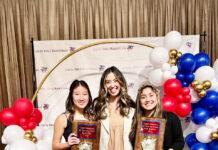 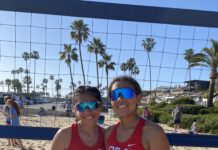