A former Los Alamitos Unified assistant principal has agreed to return to the system to become the principal of McGaugh Elementary School, Superintendent Dr. Andrew Pulver has announced.

Dr. Issaic Gates, who currently serves as the Principal of San Marino High School, will replace Dr. Roni Burns-Ellis, who announced her retirement earlier this year.

“It gives me great pleasure to announce that, after a rigorous selection process with participation from various stakeholders including certificated and classified staff, parents, Board Members, and administration, we have selected Dr. Issaic Gates as the new Principal for McGaugh Elementary School,” Pulver announced in a memo to the Los Al Unified community.

“Dr. Gates has devoted the last twenty years of his professional career to improving the lives and outcomes of students,” said Pulver.
Pulver said Gates began his career teaching 12 years as an elementary teacher, across multiple grade levels – kindergarten through eighth grade.

“In 2012, we were fortunate to hire Dr. Gates as an assistant principal at Los Alamitos High School where he served for five years. He has spent the last three years as the highly successful principal of San Marino High School,” he noted.

Gates has also served as an Adjunct professor for USC’s Rossier School of Education doctoral program.

“Throughout his educational tenure, Dr. Gates has worked collaboratively with staff, parents, and students and has maintained a love for working at the elementary level,” said Pulver, adding that Dr. Gates “is thrilled to join the McGaugh family and is eager to partner with and serve the McGaugh Elementary and the greater Seal Beach community.”

Pulver characterized Gates as “excited” to return to the Los Al Unified School District, noted that he recently moved into a home within the “McGaugh school boundaries,” which encompasses mostly Seal Beach.

The new McGaugh Principal will be recognized by the Board of Education as the new principal on Tuesday, August 11, at 6:30 PM in the Board Room, the Supt. said, noting the meeting will be broadcast live on the school district’s YouTube Channel.

Pulver said an informal Meet and Greet (virtual and/or outdoor depending upon conditions) for the McGaugh community will be held prior to the start of school.

Pulver said the district is still working with his current school district to set a start date, and hope to have Dr. Gates begin no later than August 10 in this new role. 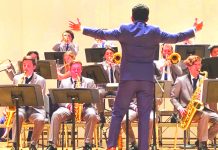 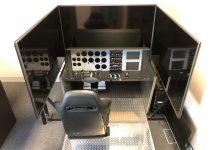