Cypress city council members voted unanimously this week to investigate ways to oppose a pending allocation of nearly 4,000 new housing units that, if not appealed, must be facilitated by 2029.

“What the hell, are you nuts,” Mayor pro-tem Mariellen Yarc rhetorically asked the state? “Where are we going to put them?”

Yarc, and for that matter, the entire city council protested after newly installed Planning Director Alisha Velasco presented the new housing allocations required by the Regional Housing Needs Assessment for Oct. 2021 – October 2029. The process is facilitated by the Southern California Association of Governments (SCAG).

The council’s fury was not aimed at Velasco, who simply reported the issue, but rather they were upset with SCAG and the state initiative that demands housing unit needs be projected for the years ahead.

Velasco said the city’s Regional Housing Needs Allocation is distributed from the State Department of Housing and Community Development through SCAG.

In fact, it was not just Cypress, but the new housing assessment saddles many Orange County communities with seemingly unreachable targets for new housing units, said Velasco.

For example, the new projections indicate Buena Park must plan for nearly 3,000 new housing units in that same period.

Velasco said the pending allocations for Cypress includes a need for 3,927 new housing units, including 1,147 for very low income, 656 for low income, 622 for moderate income and 1,502 for the “above moderate” income range.

Velasco said there are “no ramifications” if that actual number of housing units are not constructed, but there are potential drawbacks if the city does not take precautions and steps to plan for the new units. For example, such as identifying locations for the units.
In addition, she said the city council must create “ordinances and policies” to facilitate those allocations. Velasco suggested the city should still be moving forward with its housing elements, including public outreach, picking a team etc., while she also identified the process to create an appeal.

“I think this (housing allocation) is outrageous,” said Yarc. “It makes you question their wisdom.”

Council member Stacy Berry, who served as a Cypress representative on SCAG, admitted that is a “very frustrating process.” Berry said she voted to oppose the allocation, but the opposition was “outvoted” by other cities.

In addition, Berry said while the city can consider an appeal, the state has already rejected an appeal to the total number in the SCAG housing allocations, citing an 11th hour change in the process.

Berry openly wondered whether local cities unhappy with their allocations could perhaps ban together to appeal. “Where are these homes going to go,” asked Berry?
Council member Paulo Morales asked city attorney Anthony Taylor about potential opposition strategies. “Anything we can hang our hat on,” he asked?

Taylor suggested the item be discussed in a future executive session, but did offer a potential argument that COVID-19 had “changed the circumstances” of all communities, saying the allocations “predate the world we live in now.”

Berry admitted, however, that any challenge will be an “uphill battle.”

“I suggest that we expend our resources implementing our numbers and not spend resources fighting a battle that has no chance of success,” said council member Jon Peat.
“Cypress is getting very crowded,” acknowledged Mayor Ron Johnson.

Despite the odds, Yarc continued her efforts to appeal the state’s process, an entity she called a “mongrel.”

“I make a motion to investigate options, rather than just give in,” said Yarc. While it may be a forgone conclusion, the city owed it to itself to see whatever options they may have before accepting a “ridiculous” allocation.
The motion passed 5-0. 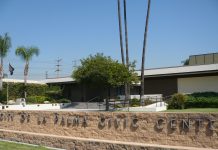 Why I’m voting no on Measure P 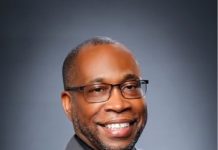