Ava M. is an eighth grader at Lexington Junior High. She is a self-proclaimed “Vice President of everything” and participates in Boys & Girls Clubs of Greater Anaheim-Cypress’s virtual programming daily. She is involved in Debate Club, Video Creation Club, Cooking Club, Leadership Club, and many others. Ava credits the Club for providing her with friendships and confidence amidst the pandemic and hopes to run for Youth of the Year in the future.

Joecelyn was selected to participate in the county-wide competition against six other teens for the title of Orange County Youth of the Year. She is a sophomore at University High School and has been a member with Boys & Girls Clubs of Greater Anaheim-Cypress for over five years. As Keystone Club President, Joecelyn has played an instrumental role in leading activities for Club teens. As a student with moderate hearing loss, Joecelyn has learned to become an advocate for herself and others. She worked with her Club to make modifications for hearing impaired students and led American Sign Language classes for her peers. Joecelyn plans to go to a university to receive her teaching credential after high school to educate the deaf and hard of hearing. 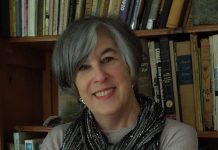